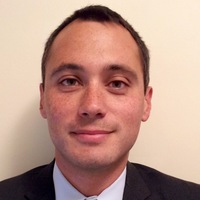 My research interests include environmentalism, capitalism, risk society, aesthetics, law and crime, tourism and leisure, political theory, and Latin American studies. I have ongoing projects in Mexico and Argentina.

My current book project is entitled Partisans and Patriots: On Self-Defense, Justice, and Illegitimate Rule in Mexico. It examines how civic movements have formed to contest narco-power, state criminality, and widespread insecurity. Focusing ethnographically on a case study in the Mexican state of Michoacán, the book demonstrates that civic mobilization should be understood as the enactment of constituent power. Drawing on legal discourses of self-defense and justice, such mobilization professes a unique vision of republican political life. At issue is the question of how a civic movement reconciles its partisan character with a vision of republican patriotism that speaks to citizens at large. Though focusing on Mexico, the book highlights how civic mobilizations are responding to changing topographies of authoritarianism, tyranny, and illegitimate rule within global society. The study contributes to debates in legal/political anthropology and political theory.

My second line of research focuses on the politics of the green economy in Argentine Patagonia. Previous research has attended to the productive intersection of conservation, ecotourism, landscape aesthetics, and sustainable development in relation to center-left politics in Argentina. Ongoing research explores histories of capitalist territorialization, rewilding initiatives, the legal politics of protected areas, and mountaineering culture in Patagonia.

The Patagonian Sublime: The Green Economy and Post-Neoliberal Politics

Marcos Mendoza and Emily Warner. 2018. “Financial Media and the Politics of Difference: Argentine Histories of the Greek Debt Crisis, 2010-2015.” Journal of International and Global Studies 10(1): 91-108. https://digitalcommons.lindenwood.edu/jigs/vol10/iss1/7/

Marcos Mendoza. 2016. “Educational Policing: Park Rangers and the Politics of the Green (E)state in Patagonia.” Journal of Latin American and Caribbean Anthropology 21(1):173-192. https://anthrosource.onlinelibrary.wiley.com/doi/abs/10.1111/jlca.12195