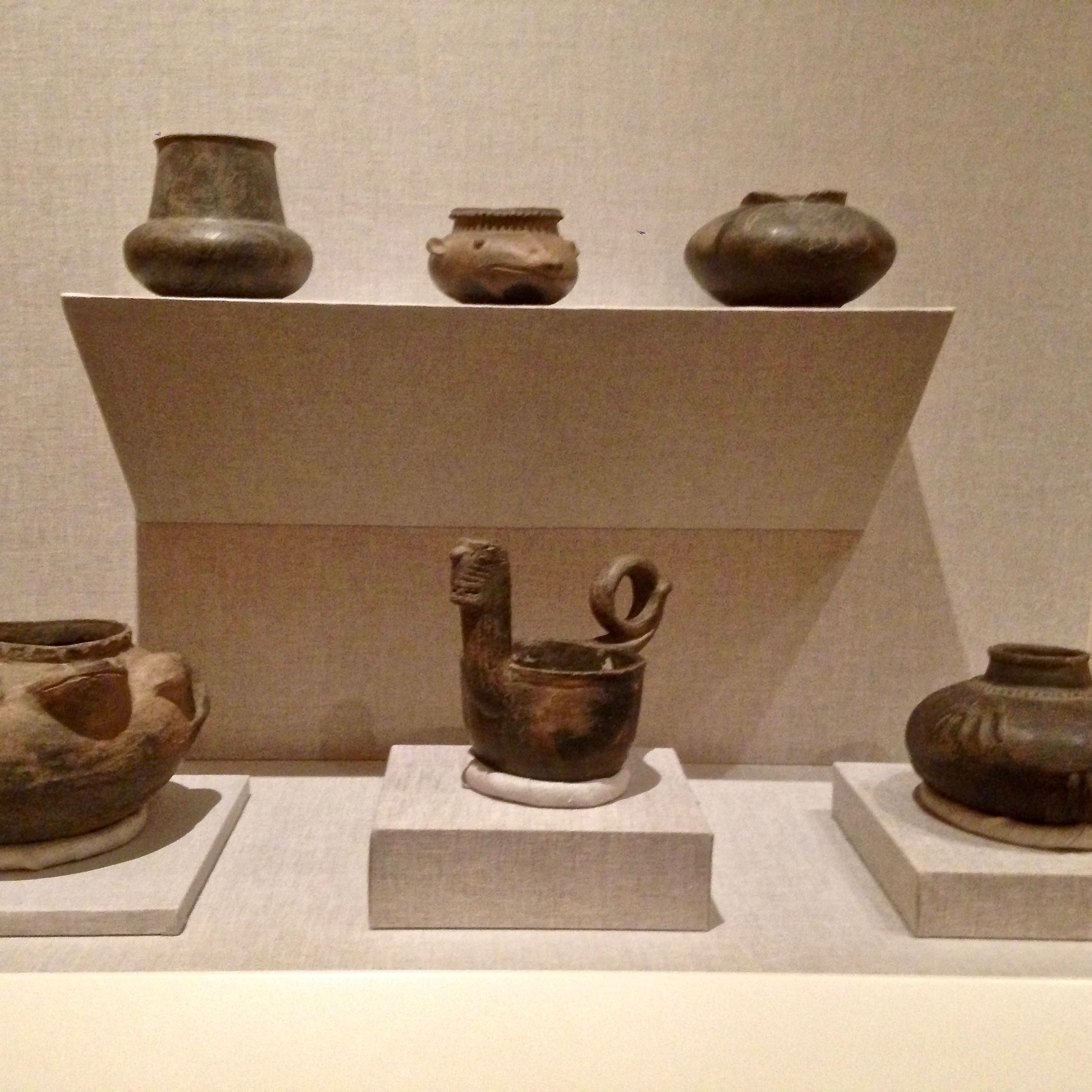 Robbie Ethridge and Maureen Meyers traveled to New Orleans to transport and help install six Mississippian period (c. A.D. 1400) pots from the Davies site in northwestern Mississippi at the Historic New Orleans Collection. These pots were recovered in the 1920s and donated to the university by Dr. Davies of Walls, MS. The exhibit celebrates the 300th anniversary of the founding of New Orleans and opens February 27th in the French Quarter. This is the first time they have been exhibited outside the university. Dr. Ethridge wrote the information about the pots that will be in the exhibit catalog, and Dr. Meyers oversaw the loan of the pots. These photos were taken during the installation process at the beginning of February.