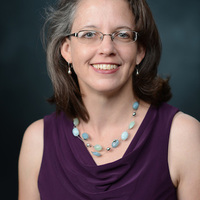 I am an archaeologist who has worked extensively in the Southeastern United States in both academic and cultural resource management settings. I received my Ph.D. in anthropology from the University of Kentucky in 2011, after earning a M.A. degree in anthropology from the University of Georgia and a B.S. degree from Radford University. After receiving my master’s degree, I taught for a year at Appalachian State University in Boone, North Carolina, and then worked at the Florida Museum of Natural History in Gainesville; I also assisted with the University of Georgia excavations of the Mississippian period Lamar Mounds in central Georgia. In 1998 I began a career in cultural resource management, working as a Principal Investigator for The Louis Berger Group and later for Gray & Pape, Inc., in Richmond, Virginia. In 2004 I returned to graduate school to study Mississippian frontier chiefdoms in southwestern Virginia. My dissertation fieldwork was conducted at the fourteenth-century Carter Robinson mound site, and was supported by a National Geographic Exploration Fund grant. In 2013 I received the C.B. Moore Award for Excellence in Archaeology by a Young Scholar from the Southeastern Archaeological Conference. In 2013 I joined the faculty at the University of Mississippi and in Fall 2020 will be the President of the Southeastern Archaeological Conference.

My primary area of research is Mississippian chiefdoms located on the periphery of the Mississippian cultural world. Specifically, I examine the role of craft production in the emergence of inequality within chiefdoms. Methodologically, I do this through the analysis of ceramic vessels, shell items, (beads, shell debris and lithic tools), and evidence of fabric production. I analyze domestic household economies and specifically womens’ roles in these economies through comparisons of domestic structures within and between sites. In addition to my Mississippian Period research I have done research on the Westos, a mid-seventeenth century Northeastern Native American group who initiated Indian slaving in the Southeast, and more generally, the contact period, the focus of a recent co-edited volume. I also serve as Co-Director of the UM Curation Project, funded by a multi-year National Park Service Save America’s Treasures Grant, to catalog and curate the university’s archaeological collections.

In service to the discipline I research field safety and ethics. I oversaw creation and implementation of the Southeastern Archaeological Conference Sexual Harassment Survey (published in 2018), served on the Society for American Archaeology Sexual Harassment Survey committee and Ethics Task Force 2, served as a consultant on the National Park Service Sexual Harassment Survey and serve as an advisor on the National Science Foundation grant investigating safer field school practices. Forthcoming publications examine safety issues for archaeologists with chronic health conditions and safe excavation of arsenic-embalmed individuals of the nineteenth-century. Other service includes serving as Co-Editor of the Mississippi Archaeological Association journal and as a co-creator of the crowd-sourced website Re-Centering Southeastern Archaeology bibliography to increase knowledge and citations of publications by archaeologists and scholars that identify as Black, indigenous, LatinX, people of color, women, LGBTQ+, people with disabilities, and the intersections of any and all of these identities:

Contact, Colonialism, and Native Communities in the Southeastern United States

Archaeological Perspectives of the Southern Appalachians: A Multiscalar Approach

In Press Salt, Craft Specialization, and Exchange During the 14thCentury in Virginia. In The Archaeology of Salt in Eastern North America, edited by Paul Eubanks and Ashley Dumas. In press with the University of Alabama Press.

2020. The Frontier Native-Colonial Borderlands of Augusta During the Seventeenth Century. In Contact, Colonization and Native Commerce in the Southeastern United States, edited by Tony Boudreaux, Maureen Meyers, and Jay Johnson, pp. 192-203. University Press of Florida, Gainesville.

2017. “C. G. Holland: An Archaeological Survey in a Cultural Crossroad.” In Gordon R. Willey Volume on the History of Archeology: Explorers in Space and Time—Examining Archaeologists’ Careers Between 1945 and 1970. University of Alabama Press.

2016. “The House that Trade Built: Exchange Before and After the Collapse of Mississippian Chiefdoms.” In Ronald K. Faulseit (ed.), Beyond Collapse: Archaeological Perspectives on Resilience, Revitalization, and Transformation in Complex Societies. Southern Illinois University Press.

2009. “From Refugees to Slave Traders: The Transformation of the Westo Indians.” In Robbie Ethridge & Sherri Shuck-Hall (eds.), Mapping the Mississippian Shatter Zone: The Colonial Indian Slave Trade and Regional Instability in the American South. University of Nebraska Press.

2019 “The Context and Consequences of Sexual Harassment in Southeastern Archaeology. SAA Blog, February 1.