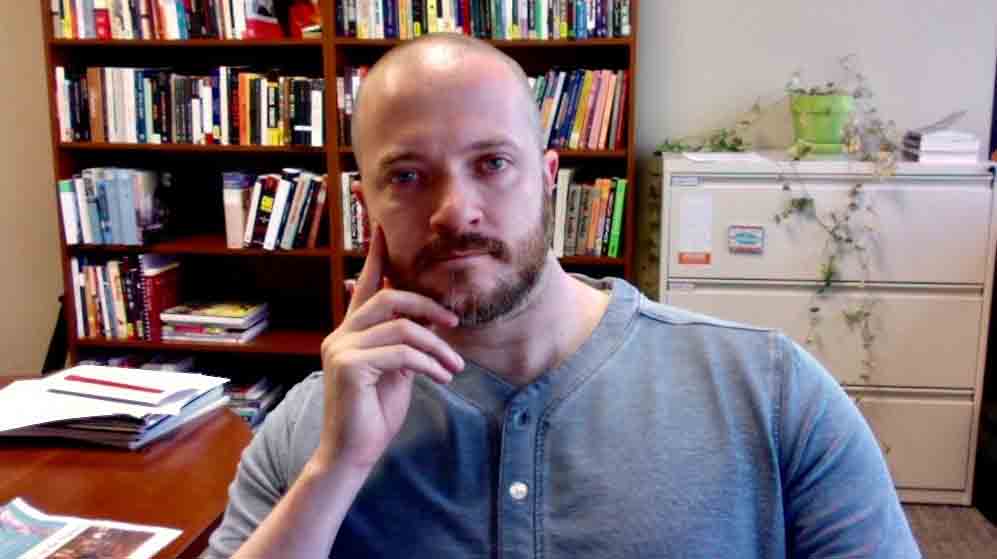 James M. Thomas, associate professor in the Department of Sociology and Anthropology, has been named a fellow in the Russell Sage Foundation’s Visiting Scholars program for the 2022-2023 academic year.

Established in 1907 to improve social and living conditions in the United States through the social sciences, the foundation focuses on methods, data, and theory to best understand and ameliorate societal problems. To date, it has nine affiliated scholars who have won a Nobel Prize.

Thomas’s cohort of 14 Visiting Scholars was selected from colleges and universities across the country, including Columbia, Georgetown, Vanderbilt, and Yale. He plans to use his residency—based at the foundation’s headquarters in New York City—to complete his most recent research project, a study of how white Southerners are making sense of race and racism today.

“White Southerners have conflicting and complicated views about their place in America’s social hierarchy,” he said. “But they are often depicted monolithically by lay people because they’re viewed through a single lens. During the last several years, we’ve seen dog whistles turn to fog horns, and I want to understand how white Southerners are making sense of all they are bearing witness to—America in a crucible space.”

Thomas’s research on white Southerners is the latest in a series of projects that focus on “how race and racism are deployed across space and time.” His research spans epochs and includes academic articles about the racial formation of Medieval Jews, as well as contemporary urban nightlife and the ways that it “reproduces images about race and racism.” He has published four books and over two dozen journal articles, book chapters, and invited essays on the causes and consequences of race and racism in America and abroad. In addition to his scholarship, his writing has also been featured in The Washington Post, Inside Higher Ed magazine, and The Mississippi Free Press among other publications.

“The Russell Sage visiting scholar award is a prestigious honor that recognizes the high caliber of Dr. Thomas’ work as a researcher, said Jeffrey T. Jackson, professor of sociology and chair of the Department of Sociology and Anthropology. “It reflects well on the University of Mississippi and the Department of Sociology and Anthropology as places where cutting edge scholarship on race and racism is taking place and making a difference. He has established a long track record of excellence and we are very proud of Dr. Thomas and this fantastic achievement.”

Thomas’s research on white Southerners has also been funded by the National Science Foundation, and his core team includes graduate students Angela Rankin and Madeline Burdine, who have been recruiting and interviewing participants in rural Mississippi since last October. The research team will begin recruiting and interviewing participants in Memphis later this Spring.

The data they’ve gathered is being analyzed, in part, by students from Thomas’s 400-level course, The Color Line in the 21st Century, whom he is teaching to code qualitative data for analysis to look for themes and patterns.

“Students are integral to my work, and as much as I can I try to find synergy between researching and teaching,” he said.