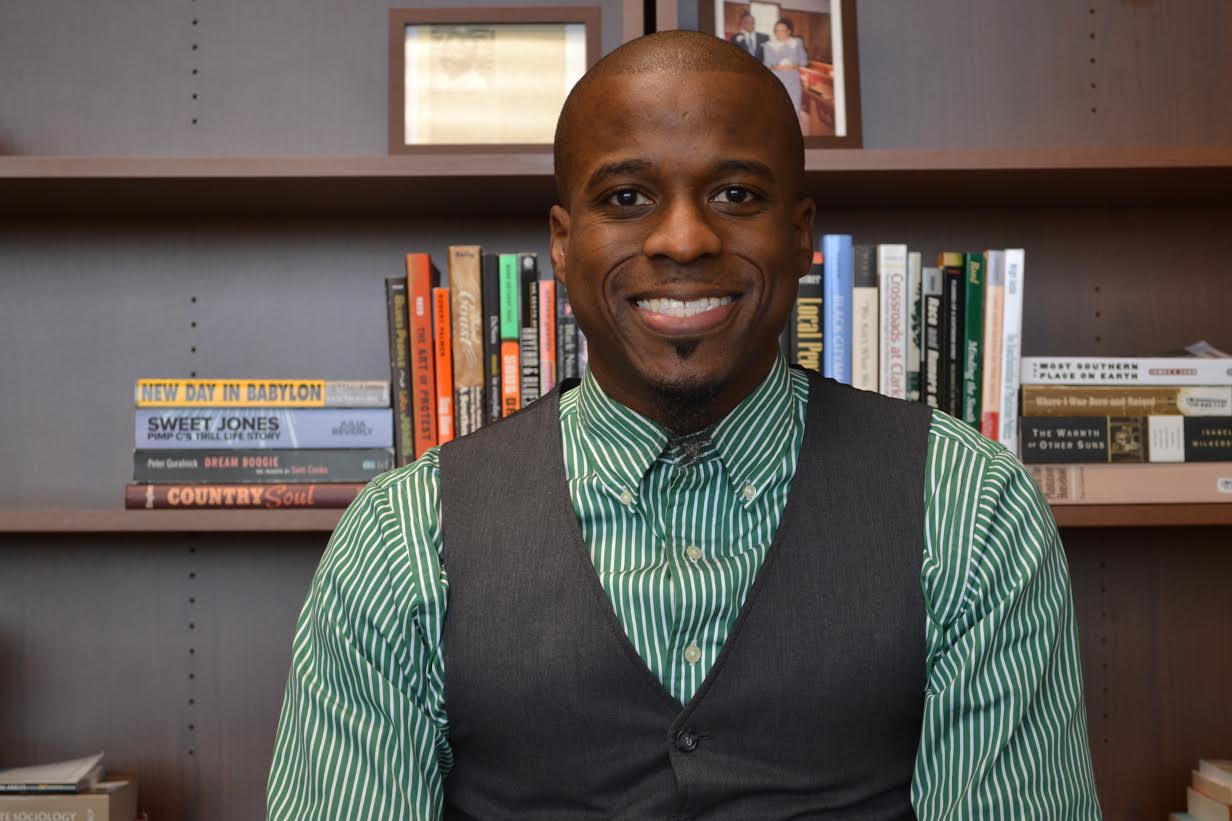 “I would argue that music oftentimes reflects our everyday realities,” Foster said. “So what better way to walk through Southern history than to interrogate the ways in which Southern music has or has not reflected what was going on from enslavement and the plantation system to Jim Crow to civil rights to now?”

Foster said the class format came about organically while writing the syllabus. Each song corresponds to a piece of the historical narrative of the South in some way.

“As it developed, it just kind of worked out that we’re going to have three different sections and each section will have its own mixtape,” Foster said. “Each class meeting, we’ll listen to a song. We can talk about the artist, the song or the context of the song.”

Foster said he thinks of music as another space to learn about people and life and to engage ideas.

“That’s why I was so in love with Three 6 Mafia, Playa Fly, La Chat, Gangsta Boo and Memphis rap, because they were rapping in some ways about my experience,” Foster said. “I didn’t grow up poor. I didn’t grow up in the projects. I grew up in a two-parent, middle-class home, but I also grew up black and Southern.”

Songs in the class mixtapes curated by Foster include “Power” by Kanye West, “Get up, Stand up” by Bob Marley, “Dixie” by Daniel Emmett, “Strange Fruit” by Billie Holiday and “Formation” by Beyoncé, among many others.

After seeing professors integrating other forms of media into courses, like music, television, film and photographs, Foster decided to do the same. He realized he wanted to format the class like a mixtape, and it fit.

In Foster’s syllabus, a mixtape is defined as a recording on a cassette tape, CD or digital medium consisting of blended or recombined tracks, or a series of tracks with smooth transitions.

American history, particularly Southern history, can be thought of in a similar way, Foster said. He said that in a way, history is a series of events, periods, conflicts and movements linked together in haphazard ways or sometimes really smooth and poetic ways that flow and make sense.

“When we take it holistically, just like we do with a mixtape, that collection, the way that these are arranged themselves tell a story,” Foster said. “Individually, the tracks say something, but collectively, they say something, as well.”

Foster said his commitment to incorporating music and pop culture into his classes is motivated by a view of music as a “multidimensional super textured space” that allows people to learn about each other, engage with new ideas and ask questions.

Brynden Noble, a freshman Southern studies major, is currently enrolled in the class.

Noble said the use of music as a means for discussion allows students to be more creative in the way they think about the South and Southern culture.

“Music is a social thing,” Noble said. “It takes away from everything being so definite and academic all of the time, which is a good thing, I think. This is a somewhat ambiguous class. There is no certain definition for anything, so it’s really cool to have everyone’s different opinions and have discussion.”

Freshman history major Grace Moorman said although the class started a few weeks ago, she has learned there is still so much to understand about the South, even though she has lived in Mississippi her whole life.

“Music is a universal language that everyone can find some way to relate to, and implementing it into a Southern studies class has really allowed the class to come together on points that are usually very divisive,” Moorman said. “Using Southern artists and music absolutely enriches the class and gives all of the students a chance to deepen their appreciation and understanding of the South.”