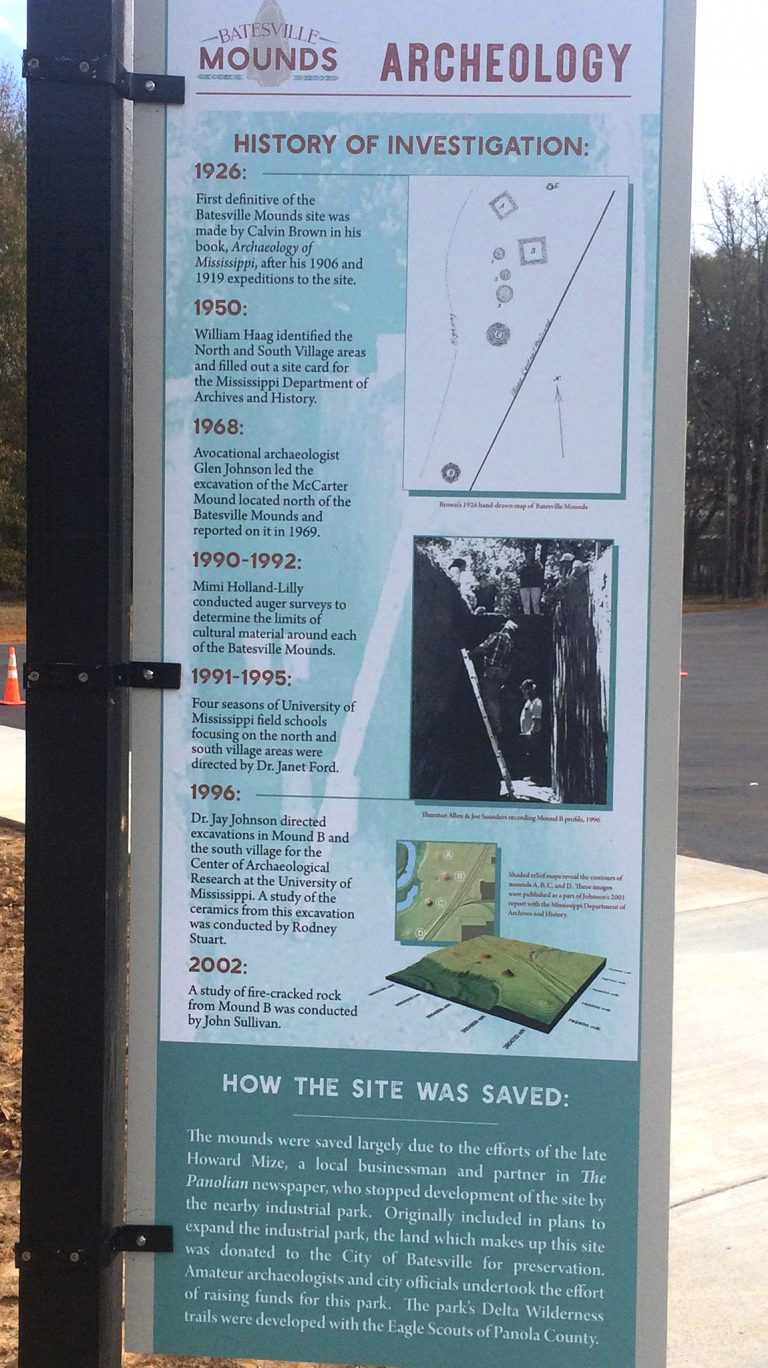 Anthropology graduate student Nikki Mattson worked as a consultant on signage to help explain the significance of the Batesville Mounds site to visitors. Submitted photo.

OXFORD, Miss. – The city of Batesville has opened the Batesville Mound Site as a public park, partially thanks to the efforts of Nikki Mattson, a University of Mississippi graduate student in anthropology who has worked to develop signage and content for the site.

The Batesville Mounds are a Native American mound complex consisting of four mounds and two village areas. The park opened Nov. 21 with informational signs, walking trails around the mounds and nature trails through nearby wooded areas. The mound portion of the site is 35 acres, situated within 90 scenic acres that constitute the entire park.

Mattson has been working on the project, which began more than 30 years ago, as part of her master’s thesis. She partnered with the city and the Panola Partnership economic development organization to conduct surveys aimed at gauging previous knowledge of the site and getting ideas about how community members would like to see it utilized for educational opportunities.

“I believe learning about the people who lived on and from the land that is practically right in our own backyards will help raise awareness of the importance of preservation, conservation and stewardship,” Mattson said. “We are a part of this land now, too, and being aware of its full history can and will foster a sense of respect and protection, not only for the past but also as we move into the future and pass the knowledge on to future generations.”

The site dates to the Early to Middle Woodland Period between 500 B.C. and A.D. 500. Archaeological surveys and excavations conducted at the mound site indicate that the Batesville Mounds were used by Native Americans approximately 2,000 years ago for ceremonial and feasting activities.

Although it is not possible to directly trace the relationship between the builders of the Batesville Mounds and late Native American groups, the people who built and used the mounds clearly were ancestral to the different groups of native peoples who were living in north Mississippi at the time of European contact, Mattson said. 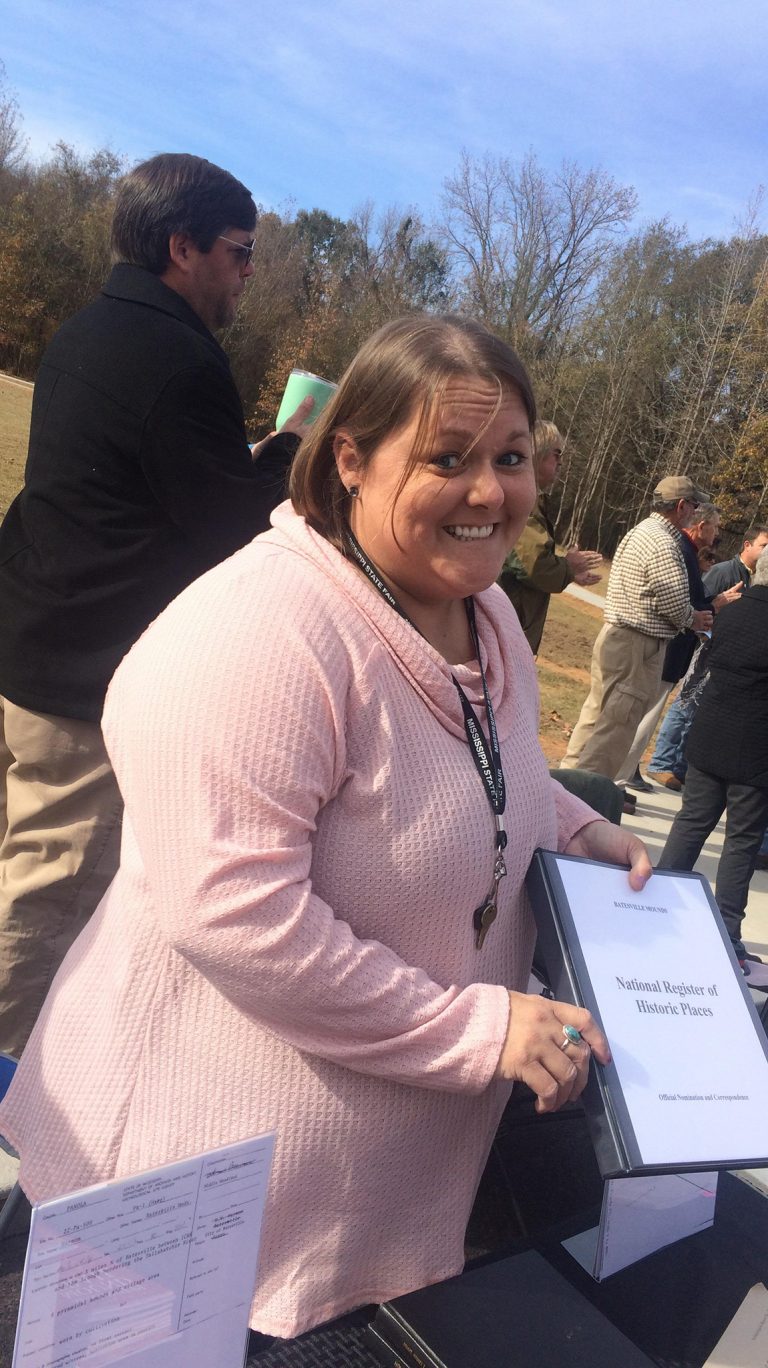 Anthropology graduate student Nikki Mattson celebrates at the grand opening of the Batesville Mounds to the public. Submitted photo.

The site was first recorded in the 1950s by UM professor William Haag, who submitted the site card to the state. Researchers from the university’s Center for Archaeological Research and Ole Miss graduate students have conducted archaeological excavations there since the early 1990s in preparation of opening the site for public use.

“Native Americans were living in what would become Mississippi for over 10,000 years before they were contacted by Europeans, and many people today are not aware of the full diversity of how Native Americans lived prior to contact,” said Tony Boudreaux, the center’s director.

“Making the Batesville Mounds accessible as a park is an opportunity for many people today to learn about this place that was very important to a community of people who lived there and hosted ceremonial gatherings there around 2,000 years ago. It is great to see this important part of Mississippi’s Native American heritage being conserved and celebrated.”

Mattson also has worked as a consultant on signage with the city engineer and architect in addition to attending events and engaging with community members. She is working to inventory and catalog artifacts from the site in the university’s collection to add more information and context to the mounds.

“Ole Miss has been a part of it from beginning to the end,” Mattson said. “I am so excited and honestly beyond humbled to see my words on the first signage designed for the site.”

The city plans to build a museum, a covered pavilion and public restrooms at the site, Mattson said.

The Batesville Mounds, at 515 Highway 35 North, are part of the Mississippi Mound Trail, which consists of more than 30 Native American mound sites throughout the state.

For more information about the Center for Archaeological Research, visit https://car.olemiss.edu.